I constantly hear well-meaning people say that they “don’t see race” or that they are or they teach their children to be “colorblind”. While I am aware that the intent is to not be prejudice or racist against others and for everyone to be treated fairly, it is actually harmful to have or teach that way of thinking. When I hear people say that, I usually say “jokingly”, “well, unless you or your child is actually blind or colorblind, you or they do see race or color, and that’s ok!” I then usually say, “what’s not okay is to treat someone differently or mean or unfair or harmful because of their race/color!” Children notice that people are different colors, have different hair textures, etc., as young as 3 years old. When my son was about 3 or 4 years old, he asked me why his Asian classmate’s eyes were the way they were. So, we discussed how he was Asian and that we are all made differently and that is beautiful and okay. I strongly believe and tell others that it’s okay to talk about race and we NEED to! When we tell ourselves and tell children that “we don’t see race” or to be “colorblind”, we’re wanting to believe and teaching a lie! We all have different races, cultures, and ethnicities. Yes, we are all human, but we are not all the same, and that is okay! When we have the belief that we are the same and teach our children that we are the same and not to see or notice the difference, we’re unintentionally saying that it’s not okay to be different or notice those differences. Children (and even adults) cannot grow or learn as people, if they believe that everyone is the same.

I know sometimes some people may feel nervous about talking about race or don’t know what to say, however, talking about race is a necessity (and in particular regarding people of color, can possibly save their lives). It’s up to adults to get educated and find the right words to teach our children about color, culture, and religion. This is why it’s important to have discussions about color, culture, and religion with people of different races, cultures, and religious backgrounds, as well as read books, watch documentaries, etc. The more you know, the more equipped and comfortable you are to talk to and teach your children and others. Having these discussions and recognizing these differences helps us to embrace those differences and want to learn to be a better and more productive citizen and advocate going forward. Research tells us that when we’re silent about race, kids make their own definitions, which sometimes are based on negative images and reports in the media, television, movies, other people, or experience. There are simple steps parents can take to begin these conversations with their children and with others.

Actively seek out diversity in your friends, books, toys, tv shows, and movies. If your child looks and lives like all of his or her other friends, your child believes himself or herself to be the “norm.” Purchase (or borrow from the library) books that has diversity in it, meaning to have at least one (preferably more than one or even majority) person of color. It is important for children to see images that look like them and that look differently from them, to teach acceptance, self-love, and have a positive image of self and others. Point out the different skin tones, cultures, etc. and have a positive discussion about them, and do the same regarding their friends (hoping that you and your children have diverse friends). In addition to having diversity in your friends, you can also actively seek out cultural and diverse events and activities to attend as a family. Parents must work with children to avoid building up walls of intolerance, prejudice, and harsh judgment. If you are interested in doing this, another thing that you can do is to join my Facebook group, The Ebony Journey at http://www.facebook.com/groups/theebonyjourney. The group is for all people who are interested in being aware and sharing information, resources, events, toys, books, activities, and articles, which emphasizes black and brown people. There is a ton of information constantly being shared on the Facebook group.  Also, if you are a play therapist and is interested in building and maintaining a culturally and racially diverse play therapy practice, as well as share culturally and racially diverse resources, feel free to join my Facebook group, The Journey of Cultural and Racial Diversity in Play Therapy at https://www.facebook.com/groups/theplayjourney.

Discuss. As your children begin to get older (as early as preschool or elementary school age), begin to talk to your child about more serious topics, by comparing racism to everyday things that they may be able to understand. When my son was 8 years old, one of his white classmates told his mother that it wasn’t fear that my son (who attended a predominately white school) was always getting in trouble for things that other children were doing and that the teacher never believed my son and only believed the other children, when they were lying and my son was telling the truth. Around this same time, my son asked to go to a different school because he didn’t think he was being treated with respect because he was brown (FYI…we did not return to that school the following school year and is still at a predominately white school, but has been a better fit for us, so far). I say this to say that racism and discrimination can happen from a young age and most children will notice it. So, it’s important to speak about it with your children because they may be exposed to it at some point in their life, directly or indirectly. As your child gets older, it’s important to discuss more serious topics that you may hear in the news. There are several organizations, groups, etc., that assists by providing practical tools to start conversations with children about race and culture, such as http://www.raceconscious.org. Of course, it’s also important to voice any concern to your child’s teacher, school, etc., regarding any concerns that you may have.

Speak up and speak out. Teach your child to speak up and stand up for themselves, if a racist comment is made towards or about them (even if it’s a joke or a stereotype). Also, when you hear someone make a racist comment or joke or stereotype, even if it’s your parent, child, family member, coworker, colleague, friend, or stranger, SPEAK UP! Speak up by challenging, defending, not tolerating, not accepting, and correcting what was said! So, at times, we must get uncomfortable and risk possibly losing friends and family, or not getting invited to the next social event. I’ve even “corrected” my son, in the past. Remember, when he was 3 or 4 years old, and he asked about his Asian classmate? Well, around that same age, there was another time when he put his fingers on the side of his eyes, pulling his eyes to make then slanted, and said, “look mommy, I’m (and said the Asian child’s name).” While, I know he was young and was just having fun and didn’t know better, I quickly “corrected” him and explained to him that wasn’t nice and how would he like it if someone did something like that regarding being black (and gave him an example). He then understood and has never done anything like that again. Remember, children are watching and we need to lead by example!

Teach and encourage empathy. When I explained to my son that it wasn’t nice to purposely make his eyes slanted as an Asian person and gave him an example if someone did that to him regarding being black, I was teaching and encouraging him to be empathetic. He was able to put himself in someone else’s shoes, which helped him not to tease others, intentionally or unintentionally (even if it’s behind their back) because they are different. 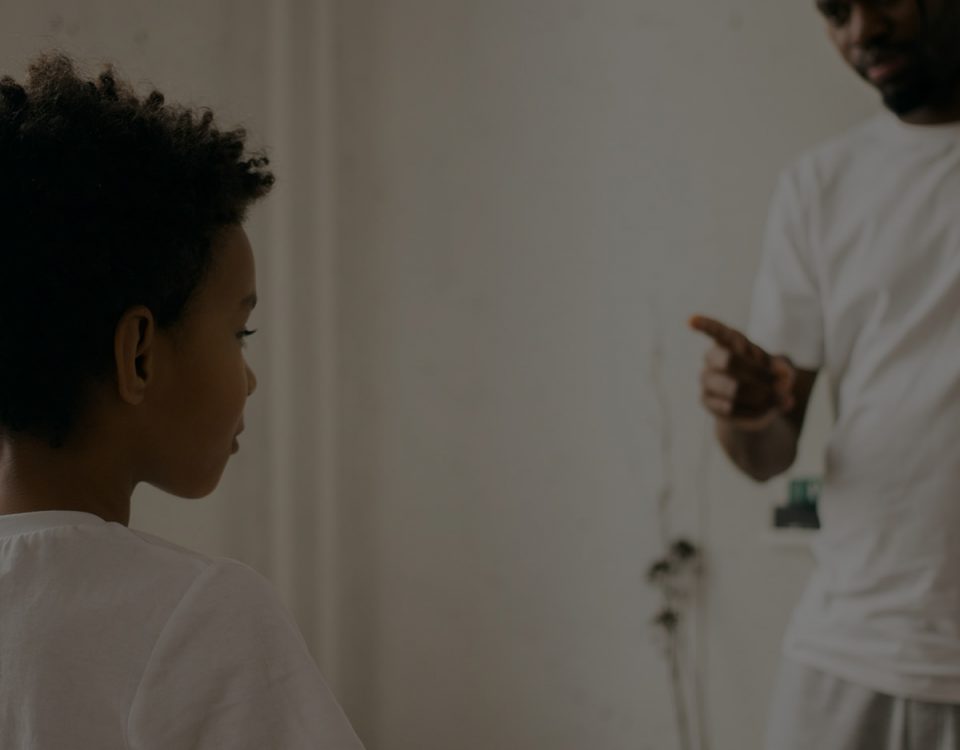 7 Important Techniques To Remember For Disciplining Your Child